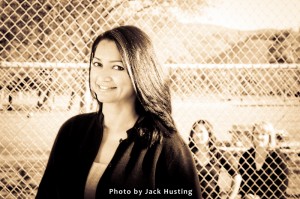 Born and raised in India, Preet migrated to the States in 1991, eventually becoming a citizen. Her passion for dentistry bloomed late, since the early years involved many terrifying trips to the Army Dentists in India. While her sweet tooth introduced her to dentistry,  the interest didn’t take root until later. To date her favorite compliment is “You are really like a doctor (not a dentist)!”

Becoming the “Physician of the mouth” is the culmination of lifelong learning and particularly that of learning the art of connecting the dots. She brings to her practice a unique mix of eastern influences and western training. She earned her Doctorate in Dental Surgery (D.D.S) from University of the Pacific’s Arthur D. Dugoni School of Dentistry and also holds a Doctorate (B.D.S) accredited by Kuvempu University in Karnataka, India. She has practiced dentistry in the Bay Area since 2002, with the inception of Smile Matters, her private practice, in June, 2007. She has trained, at LVI ( Las Vegas Institute ) in Neuromuscular Dentistry, Sleep Disordered Breathing, Sleep Apnea and much more. ( 2003 – to present ), to stay at the leading edge of progressive dentistry.  While she chose to be a “General” dentist, Dr. Sahota’s practice is very unique with technologies and treatments that may seem revolutionary to those who haven’t seen a dentist in a while. She considers herself blessed to share her life with her husband, Mac Sahota, a physicist by training and their lovely daughter. Free time is directed towards her interests in all things science and art.

Fill in this form and we'll contact you within one business day to schedule an appointment at our Fremont office.